​News from the Ann Morton Pond: Yertle the Turtle Released 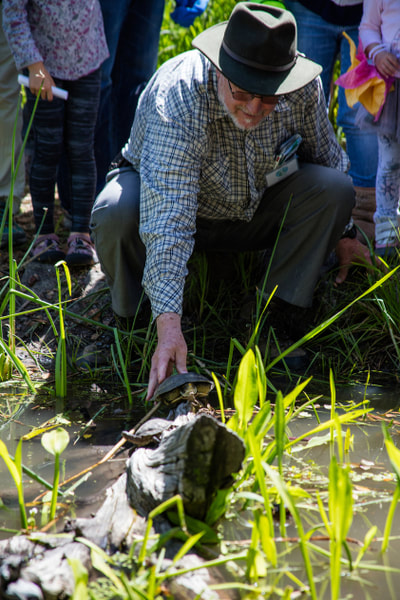 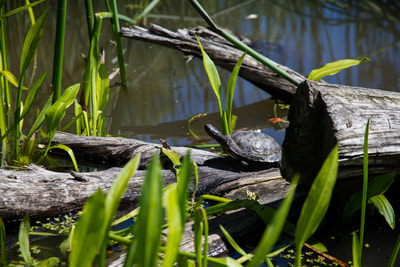 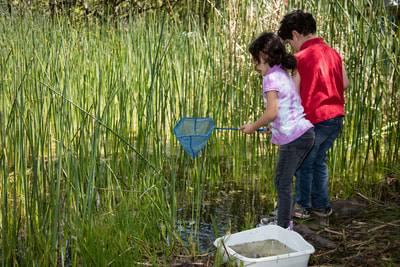 ​This past year, a Boy Scout who loves turtles decided to do his Eagle Scout Project at the Wagner Ranch Nature Area in Orinda. He was familiar with the pond in the Nature Area and wanted to introduce a native Western Pond Turtle, which is a species of special concern in our area because of its dwindling numbers.

Arman Marchiel contacted the Friends of the Wagner Ranch Nature Area and proposed to build a turtle box as a shelter. The Friends agreed to seek a western pond turtle from local rescue programs. A small male Western Pond Turtle, named Mr. T, was released into the pond during a ceremony in June 2016. As the school year got underway, children in the Nature Area programs would spot Mr. T sunning himself on a log. 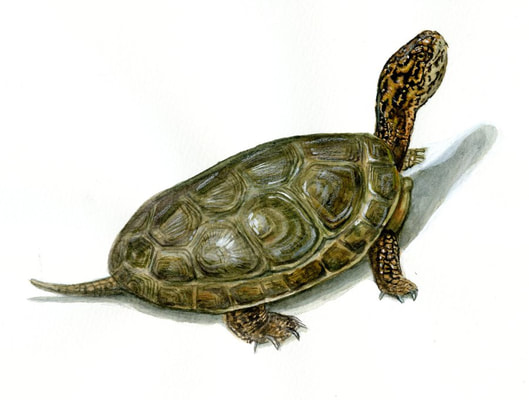 Watercolor Painting of Mr. T by Tina Curiel / Coyote Brush Studios
​​Reg Barrett, the Wildlife Chair for the Friends, began digging out the overgrown bulrushes to open up the pond for Mr. T and to create an island for the turtle as a safe haven from predators. With the improvements to the pond, a second male Western Pond Turtle was made available for the Nature Area.

On a glorious afternoon, Sunday April 23rd , a crowd of parents and children gathered at the pond to witness the release of the new turtle. They had all come to the 16th Annual Wildlife Festival to enjoy nature activities and celebrate Earth Day. A little earlier, many of the children had voted for their favorite name for the new turtle. Nearby, Mr. T was sunning on a log and quietly observing the hub bub.

Reg held up the large male turtle and told how the boy who loved turtles had made this project possible, and that all the children gathered at the pond could also do projects to help nature and their communities. Yertle was the name with the largest vote – a name drawn from the cautionary tale of Yertle the Turtle by Dr. Seuss.

Upon Release, Yertle sat on the log next to Mr. T for a split second then swam quickly to the cover of the bulrushes. Meanwhile Mr. T continued to observe from his log. A little later he slipped into the water and swam towards the shore to peer at a child on the bank who was using a net to catch water boatman bugs. If the two turtles do well over the next year, the Nature Area Pond may qualify to receive a female turtle. Rescued female Western Pond Turtles are placed in breeding programs to increase turtle numbers. The Red-eared Turtle (an eastern species), which was introduced by the pet trade has spread throughout California and is displacing the native Western Pond Turtles.

If you come to the Olive Festival at the Nature Area on October 1st , you may spot Mr. T and Yertle watching you from their island.